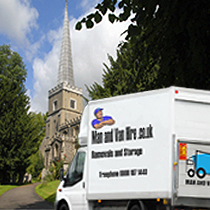 Situated just outside London’s inner borders way up high and looking over most of London, Harrow on the Hill nestles inconspicuously in its gentille surrounding’s to the rest of Harrow.

A few years back we was relocating a very nice family over a weekend from a rather splendid house. They had a table which was not needed at their new home so was instructed to take it up to St Marys (the old church which incidentally is located at the highest point of the hill). We was met by the vicar who if my memory serves me right was called Tim. Table delivered the Rev Tim invited us to stay for a cup of tea, it was a hot lazy afternoon in the middle of Summer and the last job of the day, the opportunity was too good to miss how can we refuse tea with the vicar, on a Sunday of all days? During polite conversation our atension turned to the churchyard, the kind Reverend offered to show us around and off we went cups of tea and biscuits in hand.

A gentle stroll down a narrow path through a small wooded area led us to a clearing, greeting us there was spectacular views over London. The reverend then enlighten us further with a tour around the “Peachy Tomb” as a schoolboy at Harrow Lord Byron was a regular visitor to the spot and is immortalised in one of his writings.

Our thanks again to the Rev Tim for his hospitality and for a very interesting time spent working on the Hill.

Need a Man and Van service over the weekend? Then we can help ( tea and biscuits not essential but nice if offered).

Starting trading as Man and Van Hire from North West London in 1999, gained all the valuable skills as a van man needed with the day to day running of a budget home or office removal service. Still have a very much hands on approach to my trade, now with a second branch in Truro,Cornwall. View all posts by Greg Gregori →